LGBTQ Americans Have a Long Way to Go For Economic Equality 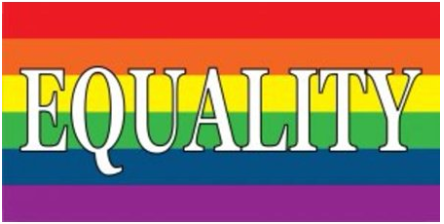 This past June we celebrated the 50th anniversary of the riots that occurred at the Stonewall Inn in New York City. In recognition there were parades and parties across the country honoring the progress our community has made over this time period.

To be honest, in specific areas the progress has been significant. We have seen an upswing in LGBTQ visibility in many industries. Our community is increasingly represented in movies and on television. And, the political scene has been home to the emergence of openly gay and lesbian individuals, including some who were “out” when they were elected including Tammy Baldwin, a Senator from Wisconsin.  Today, we are even represented on a national platform. Mayor Pete Buttigieg of South Bend, Indiana has been incredibly visible in his race for the Democratic nomination.

We have made important social gains as well.  Most notably, our community was recognized nationwide when, in June of 2015, the Supreme Court ruled that marriage between same sex couples was, in fact, legal.  In recognition of this decision, the White House was illuminated in rainbow colors. This ruling opened up significant opportunities beyond simply marriage.  Spouses, in many cases, are afforded rights simply not available to those who are not legally married including health care coverage available to married couples (through employers) and the ability to be identified on birth and death certificates.

While we appreciate the ground we have covered, it is critical to realize that we still have a lot of work to do - especially when one considers economic equality. While some organizations appear to embrace the LGBTQ community; this acceptance is not universal.  In fact, there are many organizations in the United States that continue to discriminate. The societypages.org shares that “Studies that send identically-qualified LGBT and non-LGBT people’s applications for jobs find that LGBT applicants have to apply for many more jobs just to get an interview.”

Additionally, members of our community are at greater risk of losing their jobs simply because of how they identify.  Poverty is prevalent and concerning. According to thetaskforce.org, “The report from the LGBTQ Poverty Collaborative shows how indicators of economic disparity including food insecurity, housing instability, low-wage earning potential, and unemployment and under-employment are all heightened for LGBTQ communities.”

Clearly, there is an economic divide. Opportunities are unequal. Resources are lacking. And, sadly, discrimination still affects our community professionally.  We need to continue to advocate for equality.  Endorse businesses and organizations that have nondiscrimination and LGBTQ support policies.  And, encourage your representatives to support legislation that bans discrimination in all areas including housing and credit.

We know that together we can accomplish great things; we have in the past.  Let’s continue to celebrate our accomplishments while we push for equality for all. At RainbowDepot.com we look forward to continuing our support on behalf of the LGBTQ community. We identify with you and love and support you.
SHARE THIS POST
Share |
Previous Post
Next Post