Save The Date! | 2021 Calendar Of LGBTQ Pride Events 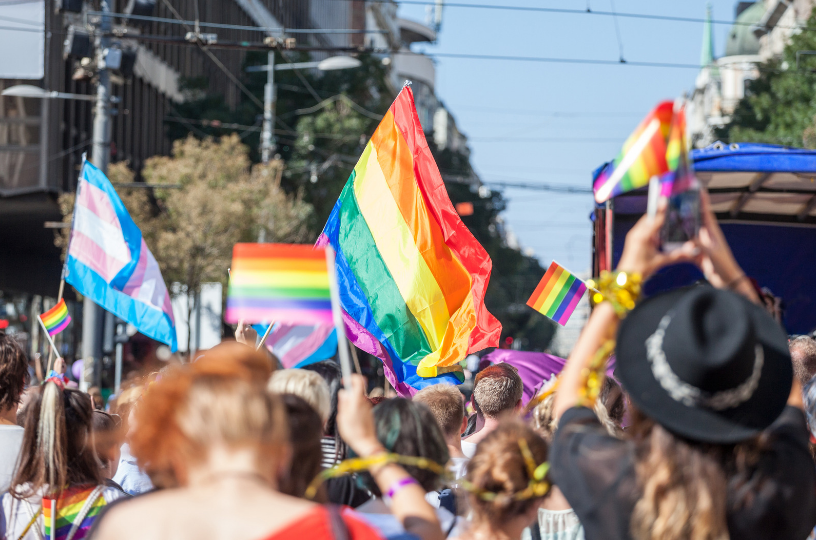 It’s that time of year.  You know, it’s “New Calendar Time”!  If you are anything like us, you take some time each year to update your calendar so you have a current list of birthdays, anniversaries, and holidays.  To make your planning a bit easier, we are excited to share with you a list of LGBTQ events and celebrations scheduled for 2021!

You’ve got to love a month whose very first day is a holiday.  Join us as we wish everyone a happy new year!!  On a more somber note, make sure to include Holocaust Remembrance Day on your calendar.  Commemorated on January 27th, we remember all who were killed during the Holocaust, including many gay men who were held prisoner and murdered in the concentration camps

The second month of the year hosts several special days, the first of which is Groundhog Day.  Let us all hope that Punxsutawney Phil does not see his shadow and we can look forward to an early spring.  February is also Black History Month, so it is appropriate that we observe National Black HIV/AIDS Awareness Day (on February 7th). According to the CDC, “Blacks/African Americans account for a higher proportion of new HIV diagnoses and people with HIV, compared to other races/ethnicities.”

February 14th is, of course, Valentine’s Day - a day of love.  Following this holiday is Aromantic Spectrum Awareness Week where events are sponsored to raise awareness for and offer support to members of our community who identify as Aromantic (individuals who do not feel a romantic attraction to others).

March comes in like a lion and out like a lamb.  And, mid-way through the month, we get to celebrate St. Patrick’s Day  Additionally, the last week of the month is important because it is National LGBT Health Awareness Week. Scheduled for March 22nd -26th this coming year, you can look forward to joining the National Coalition for LGBT Health in the events they sponsor.  It is during this week that we focus on drawing attention to the broad range of health disparities facing our community.

On the final day of the month, March 31st, we join together to recognize the International Transgender Day of Visibility. On this day we celebrate transgender people and aim to educate those around the world by highlighting the discrimination trans people experience every day.

As April arrives with warmer temperatures, we look forward to many holidays.  The month begins with April Fool’s Day, where we can all enjoy a good-natured joke.  And, Sunday, April 14th is Easter. On April 23rd of this year, the LGBTQ community will take time to join the Gay, Lesbian, and Straight Education Network in a day of silence to “protest the harmful effects of harassment and discrimination of LGBTQ people in schools.”  And finally, on  April 26th our community will celebrate Lesbian Visibility Day.

We all look forward to May because not only do we get to honor our moms on Mother’s Day, but we also have Memorial Day, celebrated on the final Monday of the month.  This holiday marks the official start of summer. That said, two other dates are important to the LGBTQ community this month.

On May 17th we will join together in acknowledgment of the International Day Against Homophobia, Transphobia, and Biphobia as we wear rainbow colors and help to raise awareness of the violence against those who identify as members of our community both in the US and around the world. And, on May 22nd you are invited to honor Harvey Milk, the first openly gay politician in the state of California and a long-time LGBTQ activist. Mr. Milk was assassinated in November of 1978 by a City Supervisor in San Francisco.

On the third Sunday in June, we celebrate Father’s Day with celebrations and gifts! For the LGBTQ community though, the entire month of June is important -- it is Pride Month! Celebrations, including parades and festivals, are held across the country and around the world. While Pride month is one of celebration, the community pauses on June 12th for the Pulse Night of Remembrance as we honor those lost in the Pulse Nightclub Shooting of 2016.

On July 4th we gather to celebrate the United States.  Parades, fireworks and lots of red, white and blue can be seen everywhere you look. That said, International Drag is celebrated on July 16th.  This year will be the 11th anniversary of this holiday which was created by Adam Steward to highlight the creativity of drag artists and acknowledge their impact on gay culture.

For some reason, the country, as well as our community, seems to take this month off from celebrating. Take this time to relax and enjoy the final days of summer 2021!

The first Monday in September is Labor Day and while many celebrate with BBQs and parties, it is important to understand the holiday does recognize the American Labor movement. Later in the month, on September 23rd, individuals around the world will celebrate Bisexuality Day. Those who identify as bisexual, their friends, family, and those in their community join to appreciate bisexual history and culture and its community.

This month is rich with LGBTQ celebrations and events. First, October is LGBT History Month.  Throughout the month there is a focus on sharing the history of the LGBTQ community and educating the public about it.

October 11th is also known as National Coming Out Day. On this awareness day, those who identify as LGBTQ are encouraged to come out to those they know.  The following day, October 12th marks the 23rd anniversary of the death of Matthew Shepard, a University of Wyoming student who was brutally tortured simply for being gay. In 2018, on October 22nd, the Matthew Shepard and James Byrd Jr. Hate Crimes Prevention Act was passed.

Other days to mark on your calendar in October include October 20th for International Pronouns Day, the 19th for LGBTQ Spirit Day (wear purple!), and the 26th for Intersex Awareness Day.  Finally, Asexuality Awareness Week (ACE Week) is scheduled for October 24th-30th.

November is home to the national holidays of Thanksgiving and Veteran’s Day (and some say Black Friday as well).  This month is also incredibly important to the LGBTQ community. November 8th is the Intersex Day of Remembrance. The 20th marks Transgender Day of Remembrance where we, as a community, work to increase awareness, worldwide, of the violence affecting Trans people and remembering those who have lost their lives to this unnecessary violence. Transgender Awareness Week (November 13th - 19th) precedes this memorial day.

As the year comes to a close and we all get excited about the holiday season, members of the LGBTQ community set aside December 1st to help raise awareness of AIDS and remember those who have suffered from this disease and lost their lives. December 1st, 2021 marks the 34th anniversary of the first World AIDS Day.

Now that your calendar has been updated, you are ready to embark upon the year ahead. Those of us at Rainbow Depot is excited for this new year and are looking forward to celebrating, remembering, and commemorating with you.