The History of Pride 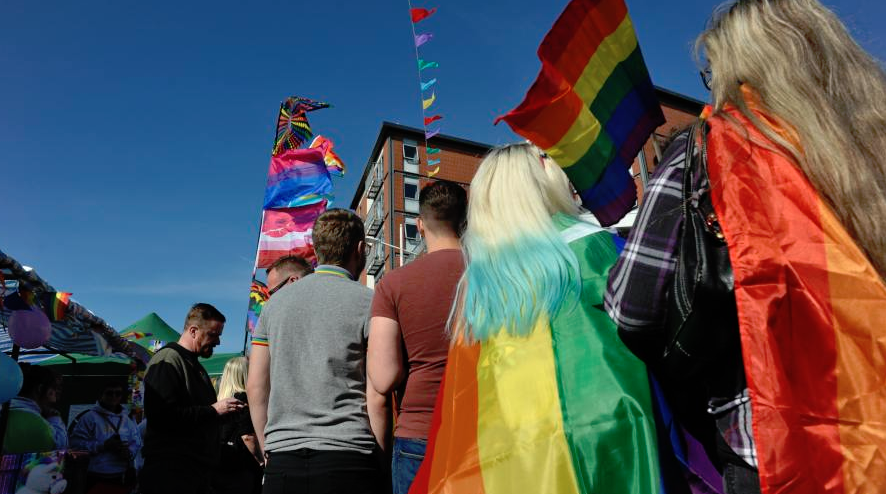 As changes in both perception and laws have taken place, celebrations of  LGBTQ Pride, both in the United States and internationally, have become considerably more widespread.  In fact, in 2018 there were more than 150 Pride celebrations around the world! It's about time!!!

2019 marks the 49 year anniversary that Pride is officially being celebrated.  When we say Pride, we mean LGBTQ Pride, something close to our hearts here at Rainbow Depot.  Looking back, we are excited at how far our community has come since 1970; we know we will continue to grow.  In order to do that, however, we must understand the history of Pride.

Back in 1969, New York City (specifically Greenwich Village) was the site of the Stonewall Riots, demonstrations by the gay (LGBTQ) community against a police raid at The Stonewall Inn.  One year later, in NYC, the movement began.

At first solely a political demand for equal right for the LGBTQ community, Pride has grown in scope over time.  Many remember the parades that drew attention to the AIDS epidemic years ago. Pride has evolved considerably since then.  While it still supports political activism and anti-discrimination, since 1990 it has become a celebration as well.

Today, June is recognized as “Pride Month”.  While initially celebrated in New York, Pride Celebrations now take place around the world!  They are traditionally outdoor events, often known as Pride Parades, that celebrate LGBTQ culture and advocate for legal rights including, but not limited to, same sex marriage.

These celebrations are joyful in nature and colorful in appearance.  Participants wear Pride Parade outfits that often include multi-colored clothing and carry rainbow flags.  In 1994 this flag became an official symbol for the community.

Because of the strides made, Pride has grown in familiarity and is now recognizable both inside and outside the LGBTQ community.  Because of the hard work of many, we have seen laws enacted that support our community. Sharing information increases understanding and ultimately, hopefully, complete acceptance.

At Rainbow Depot we look forward each year to Pride month; but honestly, we celebrate our Pride daily.  We are proud to serve the LGBTQ community by providing a broad range of products. If you are looking for something specific, we are sure we can help you!  Visit our website or contact us at 951.226.0347 We look forward to continuing to celebrate our Pride each and every day.