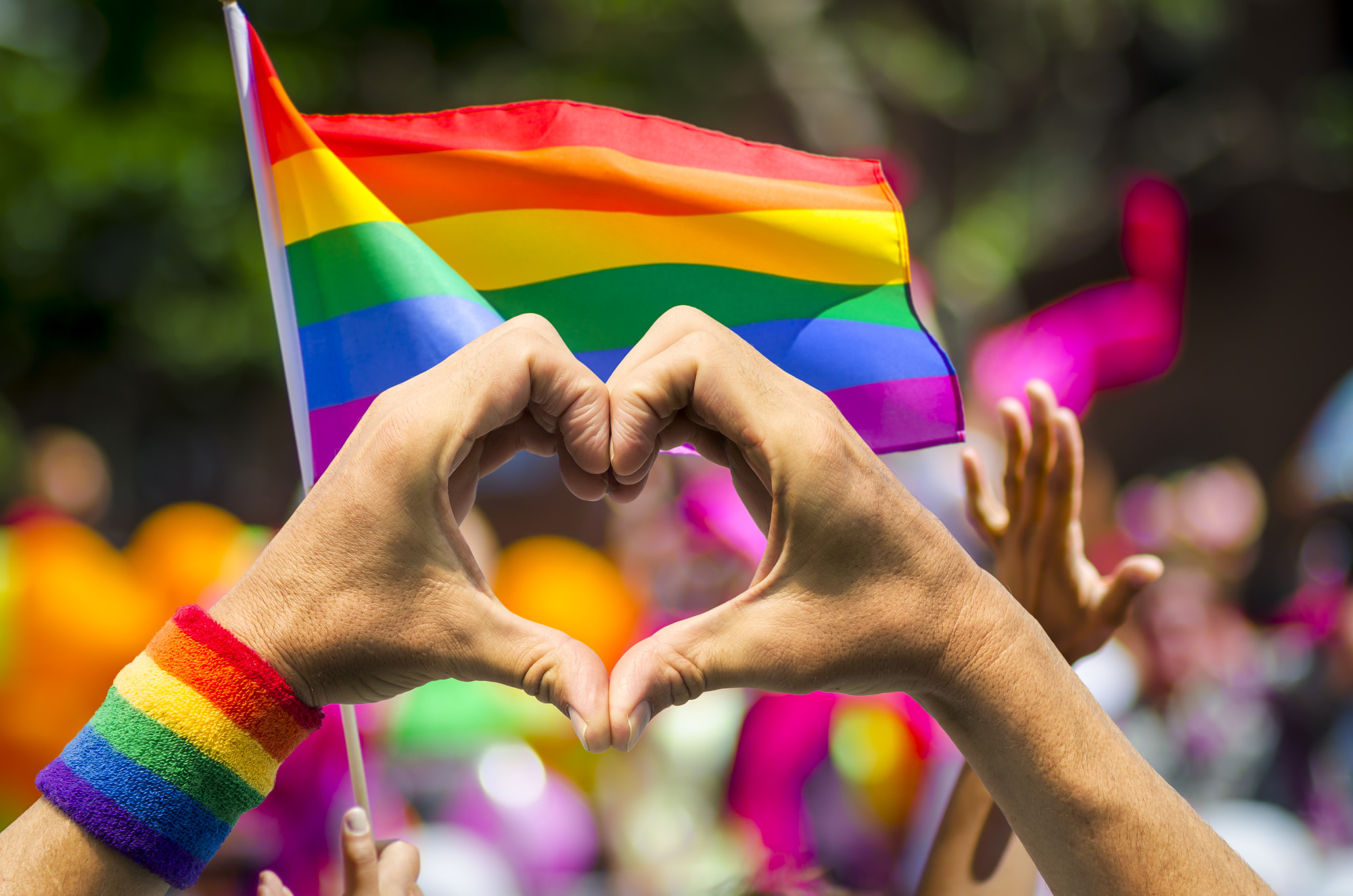 Every year in June, people all over the world gather to celebrate LGBTQ (lesbian, gay, bisexual, transgender, queer) pride.

Anyone can celebrate—gay or straight, young or old, male, female, non-binary—you name it. The point of this special month is to cultivate pride, raise awareness, and have progressive conversations. It's also a time to fight the oppression and subjugation that this group of people has faced for far too long.

What is the history of pride month? When did this all begin, and why?

Here, we discuss its origins, why it's celebrated, and how you can join in the celebration, too. Let's get started! 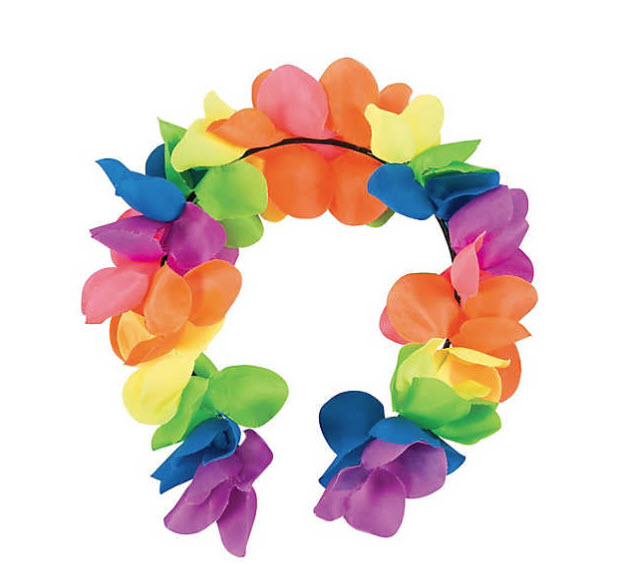 The History of Pride Month and the Gay Rights Movement

In June of 1969, something happened that forever changed the course of history—the Stonewall Uprising in Manhattan, New York.

The Stonewall Inn was a popular gathering place for gay individuals in the 60s. They gathered here to converse, hangout, and have a place to simply be themselves when the world around them was full of prejudices. At the time, it was even illegal to be homosexual, and the term was used interchangeably with 'sodomy.'

On the 28th of June, police began raiding the Stonewall Inn.

But instead of facing submissive individuals, the people inside fought back. They fought for their lives, their rights, and the rights of those around them. They made it very clear they were sick of the injustices faced in the LGBTQ community.

The Stonewall Inn eventually became the first-ever LGBT site in the country to be listed on the National Register of Historic Places (in 1999). It was also named a National Historic Landmark in 2000 and was officially recognized by city, state, and federal governments in 2015 and 2016.

From that groundbreaking day forward, June has been the month of celebrating gay pride and spreading gay rights. It began as a day—"Gay Pride Day" on the last Sunday of every June—and quickly turned into a month-long celebration, featuring events, parades, protests, picnics, concerts, parties, and more.

Of course, it's worth noting that gay pride didn't begin at the Stonewall Inn, although that became a turning point for the movement. All over the country—in San Francisco, LA, Philadelphia, and beyond—groups were starting to organize and demonstrate for their rights. The Stonewall riots certainly sparked a significant phase in gay liberation, though.

Why Is Pride Month Celebrated?

Why did gay pride transform from a day of celebration into a month?

It's simple—to commemorate and recognize the impact of gay, lesbian, transgender, and queer individuals on local, national, and international history.

It also serves as a month of remembrance. It's a time to commemorate and honor those who have passed due to injustices like hate crimes or from diseases like HIV and/or AIDS. 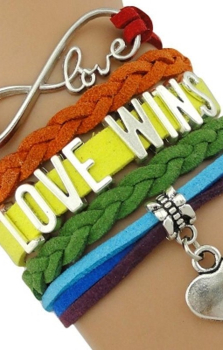 How to Celebrate Pride Month, No Matter Who You Are

Everyone can celebrate gay pride—whether you are gay, or your parents are, or children, or friends, or siblings—and even if you or they aren't! Gay pride can (and should) be celebrated by anyone, anywhere. It's a movement meant to bring awareness, start conversations, and show pride through celebration.

But how can you celebrate? What should you do to show your support for this worthwhile, meaningful cause?

We've got some ideas.

First, you can be an activist and an ally in June and year-round. Being an activist means making a promise to yourself and others to fight oppression, advocate for LGBTQ rights, and strive for continued education. This makes your community safer for LGBTQ people, and your community can influence others.

You can also start to become familiar with inclusive language. Using appropriate pronouns makes a significant difference in the lives of those around you. It simultaneously spreads awareness while promoting respect.

Of course, some of the most fun things to do include attending marches, parades, and local parties. Your community likely has several events going on during pride month—a simple Google or Facebook search can turn back plenty of options. Attend the event with friends or family, and be sure to take photos and share them!

You can also donate to or volunteer for LGBTQ organizations, locally or otherwise. If you can't volunteer your time, perhaps you can consider donating money to a cause you're passionate about. And if you're tight on finances, consider offering your time or surfaces to nonprofits in your area.

Regardless of what you choose to do, know that you're making a huge difference. 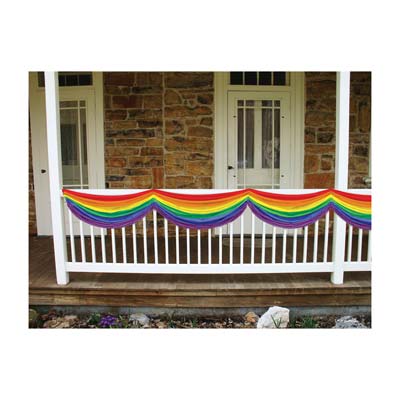 The Best Products to Show Your Gay Pride

How can you make even more of an impact on your pride and celebration? By rocking some gay pride gear!

If you attend a local event (and even if you're just running around town doing errands), consider wearing pride gear, such as:

You can also purchase any kind of gay pride sticker to let the world know where you stand! Stick it on your water bottle, laptop, car, or fridge, and let others know that you're an inclusive, accepting, and passionate individual.

Of course, anything works here. Put up a gay flag near your front door for the month of June, or take your dog for a walk around the neighborhood wearing a rainbow bandana. Any little gesture makes a significant difference in the lives of the LGBTQ community. 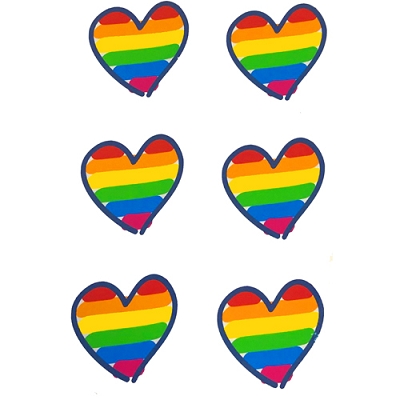 Now that you know the history of pride month, you can share your knowledge with others. You don't have to limit your celebrations to June, either—start today, and make a conscious effort to spread awareness and pride year-round!

At Rainbow Depot, we have all the supplies you need to make the most significant impact ever this year (and always). Check out our various buttons, magnets, flags, t-shirts, jewelry, stickers, and more.

Click here to shop by various identities, ranging from intersex to asexual and beyond!